The Conservancy for Charles County holds perpetual conservation easements on more than 1,800 acres, all donated by property owners.   Most are jointly held with the Maryland Environmental Trust (MET), but we are the sole grantee for several.   We also co-hold one with the Maryland Department of Natural Resources and one with the county.   The protected properties are in every part of the county and range in size from eleven acres to 327 acres. 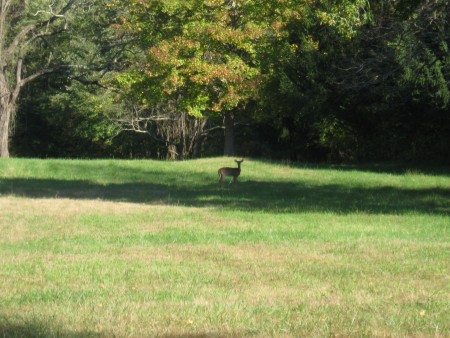 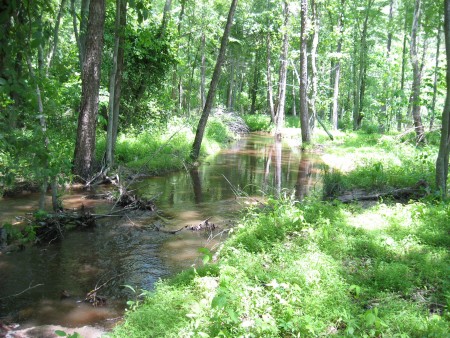 The median size is 58 acres.   The 11- acre easement is urban– the headwaters of Pages Swamp Run on the Indian Head Rail Trail near its White Plains terminus.   In addition, we own one 18-acre parcel in the Rural legacy portion of Zekiah Swamp.

The Conservancy has played a pivotal role in a couple of notable land preservation projects.   In 2006, we acquired a conservation easement on the 186-acre Mudd Farm tract near Waldorf in a complicated series of transactions.   The farm, which had been in the Mudd family for more than 200 years, surrounds the Dr. Samuel A. Mudd House where Dr. Mudd set the broken leg of John Wilkes Booth who assassinated President Abraham Lincoln on April 15, 1865. The house and farm are operated today by the Dr. Samuel Mudd Society as a museum and is Charles County’s most visited tourist site.

When the Conservancy became involved, the farm had been sold to a La Plata developer for development as a subdivision.   The developer generously allowed us time to arrange its purchase by the county with Rural Legacy Program funds.   The county in turn sold the farm to the Mudd Society who donated the easement jointly to the Conservancy and the county.   The process took about five years.

The easement enhances and sustains an irreplaceable historic landscape.   Visitors can look down from Dr. Mudd’s bedroom window on a view of rolling farm fields and Zekiah Swamp that is unchanged from Dr. Mudd’s day.

Mount Vernon’s view of the Potomac River and forested Maryland shore remains largely unchanged from George Washington’s day. This did not just happen but is the result of a concerted campaign to keep it that way that dates from the 1950s.   For more than a decade, the Conservancy has collaborated with the National Park Service, MET, Mount Vernon, and other agencies and nonprofits to protect Charles County’s portion of that viewshed.

In 2005, we helped broker the preservation of the last unprotected gap along the Potomac shore of Piscataway Park.   A historic colonial residence on the 77-acre property was sold to a conservation buyer and the forested balance of the parcel was acquired by the National Park Service.   Then at the beginning of 2014, we completed a years-long project to obtain a conservation easement on 65 additional acres of the viewshed along Pomonkey Creek near Bryans Road.   Any development on the property will be height-restricted and banned entirely from the forested slope of the Bryans Road escarpment to shield the view of a subdivision from Mount Vernon.